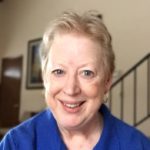 Caterpillars crawling round,
Trying not to make a sound,
Comes a magpie flying by,
Caterpillar bye-bye.

These are the lyrics for one of our caterpillar songs in this podcast called CATERPILLARS. The song then has other verses with more animals that do eat caterpillars and we have them moving in different ways appropriate to that animal. Of course this song allows for any animal to come by, moving in all kinds of ways. When allowing children to choose animals to put in the song, I have discovered dinosaurs and cheetahs to be very popular! Interestingly, one young friend did not like the idea of the caterpillar getting eaten, so his caterpillar is saying bye-bye and hiding behind a leaf.

The caterpillar story also has caterpillars being eaten by the very same animals from the song. It took me quite a while to decide what kind of caterpillars to feature in the story—there are so many. I eventually settled on caterpillars that would become Red Admiral Butterflies. One of the reasons was that Red Admirals live on both sides of the Atlantic and so I thought would appeal to many listeners. Indeed, hopefully it is a butterfly you have seen. Another reason was the beautiful Latin name it has—Vanessa atalanta. Isn’t that a wonderful name? When I came across the name, I immediately began composing a song using the Latin name. The song is now part of another podcast called BUTTERFLIES. Having decided on Red Admirals, I needed to make sure that aspects of the story were correct. If you listen to the story, the little caterpillars live on nettle leaves and make “tents” from the leaves—all true for Red Admiral caterpillars! Of course I have no way of knowing if the caterpillars have names and actually talk to each other, as they do in my story.

(You must be a Listen Together Podcast subscriber to listen to this podcast. Subscribe today and get access to all of our podcasts for kids.)

Only $35 for a Preschool Lifetime Membership (6 years)!